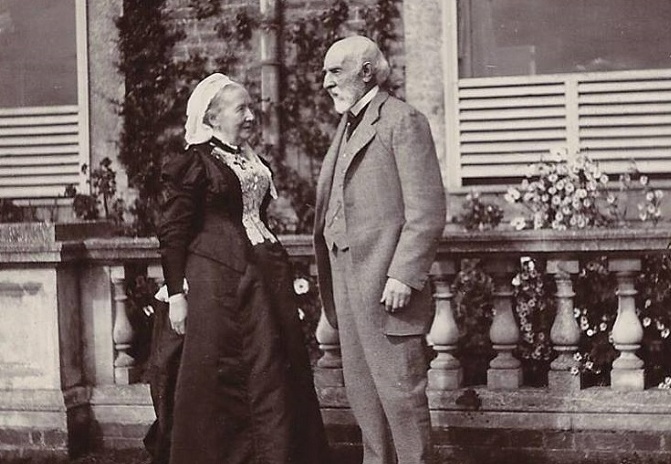 The house has been called St Clere since the 14th century, before which it was known as West Aldham. In the 12th century it belonged to Sir Thomas de Aldham, who fought in Richard I’s third crusade. Sir Thomas’s descendants retained possession until the reign of Edward II, when Isolda married John St Clere. Henry VII seized the house and estate in 1487, and it is possible that the St Cleres died out during the War of the Roses. Henry VII bestowed St Clere on his supporter, Henry Lovell, who demolished the 15th century dwelling and rebuilt it in brick in the Tudor style. Henry Lovell’s daughter sold her interest in the property to Sir Thomas Bullen of Hever, the father of the ill-fated Anne Boleyn, the Queen consort of Henry VIII. Tradition says that Henry VIII rode from Eltham and Greenwich to Hever and St Clere to court Anne during his divorce proceedings against Queen Katherine.

In 1547 the entire estate was again confiscated by the Crown and given to George Moulton of Hadlow. His descendants retained possession of St Clere until 1625 when it was sold to Sir John Sidley. An inventory of Sir John’s possessions, preserved in the Centre for Kentish Studies at Maidstone, in 1673 (the year of his death) values the contents of St Clere at a mere £16.7s.2d, equivalent to about £1,500.

The present house was largely built in about 1628-33 (the late Caroline period) by Sir John Sidley bt. It is a “double pile house”, which means that it is built two rooms deep, in a rectangular block, with a structural spine through the middle. This is in sharp contrast to the traditional style of the period which was a range, one room thick. It is built on the site of earlier buildings, some remains of a Tudor building being visible. It has a 19th century extension to the east and two octagonal towers at the corners of the north elevation, which are not entirely in keeping with the design of the main block. Sir John Sidley may have included them as an echo of similar turrets which graced the old Tudor house.

In about 1720 the house was bought by William Evelyn (cousin of the diarist John Evelyn). The eastern gatehouse, built in 1767/68, adjoins the ancient brick range of the laundry, which is surmounted by a Georgian bell-cote and pendant clock. Though much altered, this contains a good deal of 16th century brickwork and has recently been converted into beautiful meeting rooms which are hired out to the public.

In 1837 St Clere passed to the Reverend Edmund Boscawen Evelyn who lived in the nearby Yaldham Manor. During his ownership St Clere was unoccupied for some twenty-three years before being taken by a clergyman, John Ogle, and his wife Sarah as the St. Clere Collegiate School (which had 32 male boarders). They moved the school to Sevenoaks in the 1870’s and the house was again left empty until a member of the family of the present occupiers rescued it.

Sir Mark Wilks Collet, Governor of the Bank of England, acquired St Clere in 1878. He added the terraces along the south front and the stately extension of the gardens westwards, designed by Inigo Thomas. The 1891 census lists thirteen domestics residing within the walls of the house – a housekeeper, two laundresses, three housemaids, two kitchen maids, two footmen, a coachman, a groom and a ‘helper in the stables’. There was also a head gardener, an under-gardener, a gardener and a gamekeeper.

The son of Sir Mark Wilks Collet, Sir Mark Edlmann Collet, added the western brick gatehouse and the Squash Court in about 1908.

The estate was next occupied by Sir Mark Edlmann Collet’s nephew, Montagu Collet Norman, who lived here until his death. Montagu Norman fought in the Boer War, and was awarded the D.S.O. He became Governor of the Bank of England in 1920, where his influence was indispensable to the restoration of Central Europe following the First World War, and to a settlement of reparations. He continued as Governor through the world depression in 1931 and had intended to retire in 1939 but the approach of war held him back, and involved him in four more years of strenuous work. A peerage was conferred on him in 1944, but illness prevented him from accepting re-election to the Bank. He had no children, and when he died in 1950 St Clere became the home of his nephew, Brigadier Hugh Ronald Norman CBE DSO and his Canadian wife Margaret.

Their eldest son, Ronald Norman (known as Ronnie) and his Australian wife Georgia then ran the estate until they passed over to their eldest daughter Eliza. Eliza and her husband Simon now run the estate and live in the house with their three children.

We love a good wedding